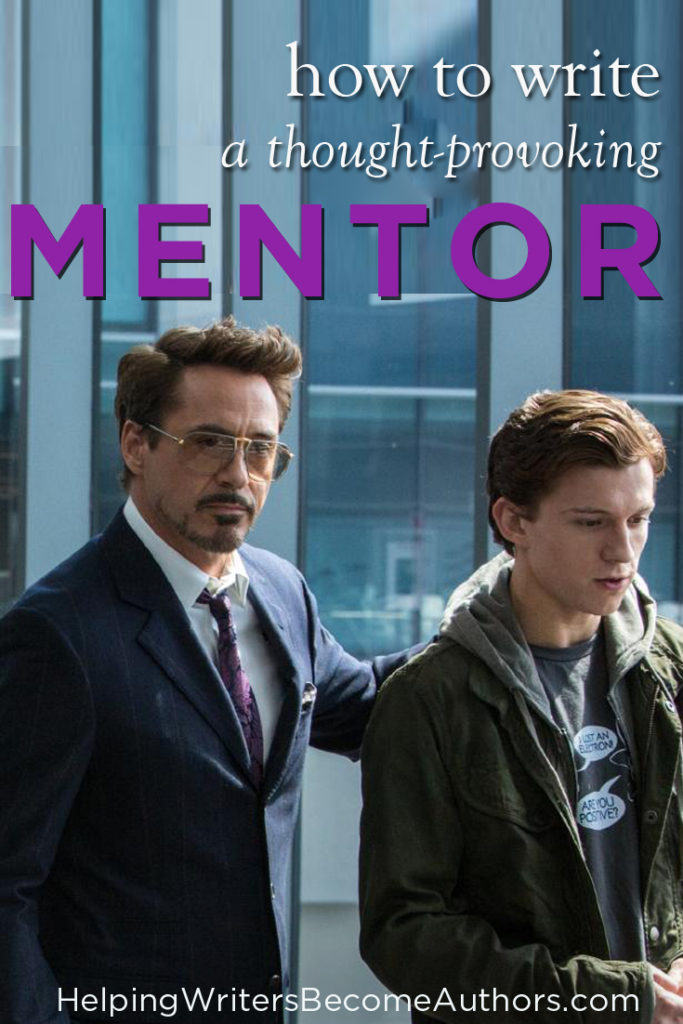 Good stories rise and fall based on their minor characters. You can write an amazing protagonist, but if he isn’t supported by an equally amazing cast, the story will fail to fully develop the protagonist himself, fail to flesh out the thematic premise, and, bottom line, fail to be entertaining.

But it’s not enough to just run through a checklist of must-have characters (which we’ve already discussed in posts on Iron Man 2 and Doctor Strange). You’ve also got to make sure your take on the archetypal roles—such as the mentor character—is fresh, interesting, and notstereotypical.

Character archetypes exist within a story form to fulfill necessary angles of the thematic argument. With even one missing archetype, the overall story arc will be weakened. But authors who are committed to a rounded cast must be wary of letting their archetypes become stereotypes. You must balance the challenge of presenting characters who fulfill concrete roles in the story with the equally great challenge of presenting those characters as fully-rounded, interesting, dichotomous, surprising human beings.

Marvel’s Spider-Man: Homecoming performed this balancing act admirably with many of its characters (including its family-man antagonist the Vulture). Today, I want to focus particularly on what you can learn from this film about creating a mentor character who is more than just a font of good advice.

Look Out! Here Comes the Spider-Man! (And the Iron Man!)

Welcome to Part 16 in our ongoing exploration of the good and the bad in the Marvel Cinematic Universe. Marvel’s deal with Sony to get their flagship character into the mix was big news for me. My love of superhero fiction began with Sam Raimi’s excellent Spider-Man 2 back in 2004. For me, Spider-Man has always been the superhero. So even though we’ve only had a gazillion Spidey movies in the last fifteen years, I was cautiously optimistic about what Marvel could “officially” do in rebooting the character one more time.

Although I can’t go so far as to agree with the popular acclaim that Homecoming is “the best Spider-Man movie ever” (because, you know, Spider-Man 2), I did think it one of the best onscreen representations of everybody’s favorite web-slinger—bringing just the right blend of effortless humor, teenage angst, adolescent awkwardness and short-sightedness, and personal stakes. 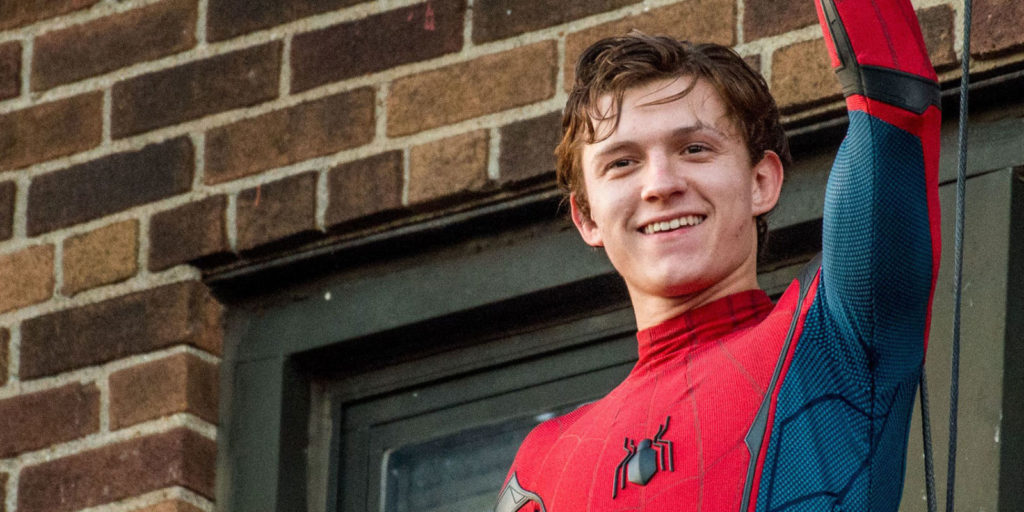 Other than perhaps the antagonist, there is no other character archetype more abused and misused than the mentor character. Just the word “mentor” evokes white-bearded old men in long robes, nodding sagely and enunciating slowly as they share the wisdom of the ages.

At first glance, it’s easy to perceive the mentor character simply as someone there to guide your protagonist and give him good advice. While that’s true to a point, it’s also incredibly vague, one-sided, and all but certain to lead to annoyingly one-dimensional characters.

Many of the best mentor characters don’t seem like mentors at all when audiences meet them. It’s only in their relationship to the story’s theme that their mentor role becomes obvious—and this lack of obviousness is their greatest achievement.

Here’s how you can amp up your story with a great mentor character without falling into all the usual stereotypes.

1. Your Mentor Character Should Be a Touchstone for the Thematic Truth 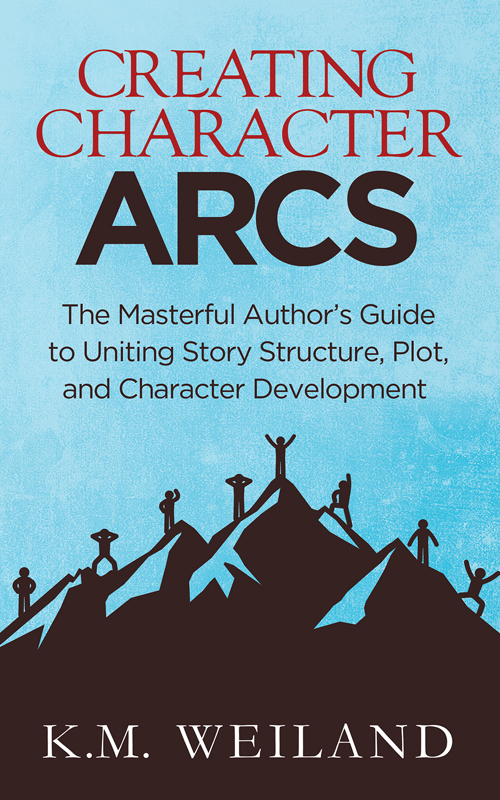 This is the single most important thing you need to know about writing a mentor character: her fundamental existence within the story is to reveal the thematic Truth. In a Positive-Change Arc, your protagonist will be struggling to overcome the Lie He Believes. So where’s he learn the Truth? It’s gotta come from somewhere, right?

Although many different characters will represent different aspects of the thematic premise, the most prominent advocate for the Truth will be the mentor character. The mentor is the Impact Character in a Positive-Change Arc—the person impacting the protagonist with the Truth and changing his previously misaligned trajectory.

Before you start working on all the flawed and interesting parts of your mentor character, you first have to make sure she’s grounded in the Truth. Otherwise, she may be a great character, but she’s not a mentor. If she doesn’t possess the Truth, she can’t help your protagonist find it.

DOES SPIDER-MAN: HOMECOMINGDEMONSTRATE THE TRUTH VIA ITS MENTOR?

Peter got a little… sidetracked by the events of Civil Warand his dream of becoming an Avenger. His priorities got mixed up, he got a little too big for his spandex, and the consequences were vast. In essence, he had to learn, like Tony before him, that his powers—and, specifically his Stark-tech Spidey suit—aren’t what make the man.

This is a Truth Tony is perfectly situated to teach, since it’s one he’s had to learn (a couple times) himself. The fact that Tony had to learn this Truth the hard way makes his (often inelegant) attempts to keep Peter from the same mistakes all the more poignant and interesting. Tony is not some untouchable wise man; he’s a guy from the trenches who’s clumsily trying to share his hard-won Truths with this kid with whom he obviously relates but knows has the potential to be “better” than he ever was.

2. Mentor Characters Should Be Unique

Please, ditch the wise men, gurus, and sages. They worked for Tolkien and Lucas, but they’ve long since had their day. When creating your mentor character, take a moment to consider what kind of person would be the least-expected source of wisdom. A child, a drug addict, a janitor, a clown?

Drop the big words and the pontificating wisdom. Create mentors who fumble and mumble, who are cranky as all get out. Your mentor character doesn’t have to want to be a mentor. He doesn’t even have to like your protagonist.

In short, look for ways to create conflict. It shouldn’t be easy for your protagonist to walk up to this person, stick a quarter in the slot, and get an instant hot cup of good advice. Interacting with a mentor—even a willing mentor—should cost something. Maybe the protagonist desperately wants to be trained, but doesn’t like the mentor’s methods. Or maybe the protagonist desperately doesn’t want to be trained and is all but running away from the crazy-obsessive lunatic who keeps trying to cram the Truth down his throat.

The possibilities are endless. You just have to think outside the box.

The reason Tony Stark is an interesting mentor character is that he’s an unexpected mentor. Come on—who’s going to let this guy into Big Brothers Big Sisters of America? Mr. Playboy-Billionaire-Philanthropist who’s loose-cannoned his way through one self-inflicted global disaster after another is not the poster child for Mentor of the Year.

And yet, he does have advice and experience Peter needs. Is he the best person to mentor Peter? No, definitely not. Cap would be better. Happy would be better. Heck, J. Jonah Jameson would be better. But Tony is all the more interesting as a mentor character because of the unexpectedness of the role.

3. Mentor Characters Should Be Flawed

Right along with uniqueness comes imperfection (because perfection isn’t unique and, as a result, isn’t all that interesting). At first blush, we often think of mentor characters as being people who have it all together. They have the story’s main thematic Truth, after all, so they’re obviously more with it than the protagonist.

Insofar as that main Truth is concerned, this is accurate. But just because the mentor character has one little thing figured out does not mean she has or should have everything figured out. In fact, the more messed up the character is in all other areas, the more poignant her one Truth becomes.

Give your protagonist concrete reasons not to listen to your mentor. If this person is otherwise a mess, why listen? If this person is an obnoxious jerk, why listen? This gets even better if the protagonist’s reasons for initially disregarding the mentor’s advice aren’t just emotional reasons, butlogical reasons. Your thematic premise will deepen with every legitimate argument your protagonist has with himself over the validity of Lie vs. Truth.

The mentor character’s advice doesn’t have to make blatant sense, especially in the beginning. Use her to confuse your protagonist with her “do as I say, not as I do” rhetoric.

The chief reason Tony is a stellar mentor character is simply the fact that he is flawed, in capital letters.

Let’s just start with the fact that he thought it was a great idea to drag a fifteen-year-old kid into a firefight in Germany, just because he needed a little extra backup. And then he thinks, now that he’s turned on Peter’s overactive Avenger ambitions, he can just flip the switch back off, fob Peter off to Happy Hogan Babysitting, Inc., give him a lethal suit with nominal training wheels, and everything will be fine. Tony will show up occasionally to play dad—catharsis for his own unresolved daddy issues—and he’ll get to feel good about himself.

Yes, Tony has the experience and advice Peter needs. Yes, Tony wants to help Peter. Yes, Tony would, deep down, really love to be the kind of father figure he feels he never had.

But he’s terrible at it. He gives Peter no support and no reason to listen to his good advice. He only complicates matters—which is great news for a story in search of extra layers of conflict.

4. Mentor Characters Should Not Be Deus Ex Machina

By this point, you should be handily avoiding the pitfall of creating a mentor character who is omniscient and omnipotent. But just in case not, it’s crucial to avoid the idea that your kind, benevolent, with-it mentor should occasionally swoop in and save his awkward but earnest young charge.

The best teachers are those who show you where to look, but don’t tell you what to see.

This does not mean your mentor character cannot show up to help, if appropriate. But it does mean that if the protagonist finds himself in such a fix that he needs help with, he better have to pay huge consequences in order to gain that help from his mentor (or anyone else). In short, good mentor characters do not make things easier for your protagonist. They make things harder.

DOES SPIDER-MAN: HOMECOMING USE A DEUS EX MACHINA MENTOR?

Tony does show up several times to rescue Peter—first from drowning after the Vulture dumps him in a lake and then from letting the Staten Island Ferry sink. Both times work because they advance the plot and because they demonstrate both characters’ flaws.

The second instance, in particular, is an excellent scene. Taking place at the Second Pinch Point, Peter’s well-meant but blind ambition (and refusal to listen to Tony’s previous precautions) nearly leads to the deaths of dozens of people aboard the ferry. Tony finally shows up to take the situation in hand—which only emphasizes his own lack of responsibility in his self-absorbed, hands-off approach.

Even more importantly, however, his interference results in serious consequences for Peter. Tony demands Peter return the high-tech Spidey suit Tony gave him. This is tragic for Peter on a number of levels. But it gives Tony the perfect way to smack Peter in the face with the Truth he’s clumsily been trying to share along:

If you’re nothing without the suit, then you shouldn’t have it.

This doesn’t feel like a healthy, harmonizing Truth. Peter isn’t thinking, Yay! Thank you so much for sharing this beautiful, empowering idea with me! I feel so much better now! Instead, it hurts. And it’s all the more interesting and relatable for it—thanks in no small part to a mentor character who causes almost more trouble than he solves.

In writing your mentor character, you have the opportunity to create one of the most powerful and unique statement characters in your entire story. Follow Marvel’s example by looking beyond the obvious choices to find someone who is interestingly flawed in his own right and can layer even more conflict into your story’s thematic premise.