Most Common Writing Mistakes: Are Your Verbs Showing or Telling? 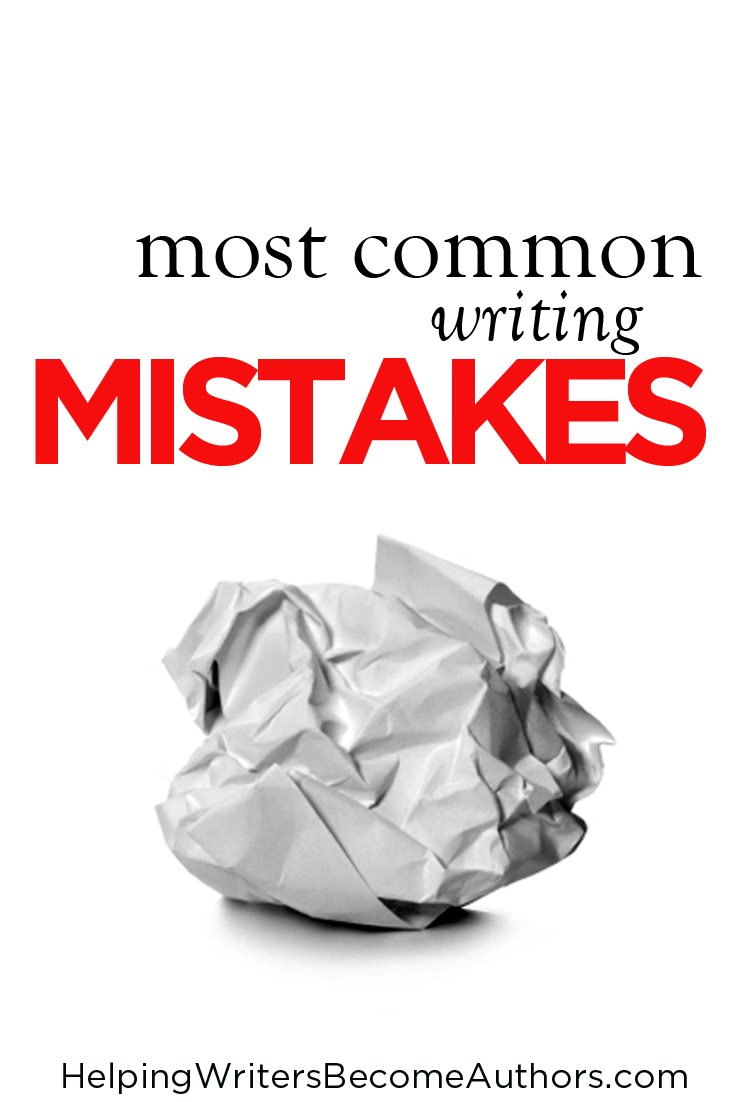 Want to learn how to write right? Sometimes the best way to ace your writing is to first learn how to avoid doing things the wrong way. But wouldn’t you need a comprehensive list of the most common writing mistakes authors make—and tips on how to avoid them?

In my ongoing Most Common Writing Mistakes series, I identify the most common writing mistakes I see time and again. You’ll be able to avoid your fellow authors’ mishaps by learning how to spot problem areas in your structure, narrative, and character building. Even better, you’ll learn more than just how to avoid these mistakes—you’ll learn how to turn them on their heads to create strong writing techniques and powerful stories.

Even established authors sometimes find themselves tripping over these mistakes. Learn how to spot them, smash them—and write flawless stories that rise above the pack.

Most Common Writing Mistakes: Are Your Verbs Showing or Telling?

Therese stood on the corner of East and Maple. From her vantage point, she could see the argument developing between the owner of the upset hot-dog cart and the policeman who had just arrived on the scene. Even from across the street, she smelled the mustard on the sidewalk and heard the vendor shouting. She felt her chest tighten in commiseration with his lost profits.

Did you catch it? Practically every verb in this paragraph is telling the reader what Therese’s senses are picking up, instead of showing the reader so that he can experience the sensations with her. Every time you write that a character saw/smelled/heard/felt something, see if you can reword the sentence to show the reader just what it is the character is seeing/smelling/hearing/feeling. In most instances, the rewrite only requires a few word snips and maybe a little maneuvering of phrases. The difference is often subtle, but it can produce powerful results. Let’s rework Therese’s paragraph to allow the reader to participate in the scene:

Therese stood on the corner of East and Maple. Across the street, an argument blazed between the owner of the upset hot-dog cart and the policeman who had just arrived on the scene. “You see this? Are you seeing this?” the vendor screamed. “You think I can afford this? How am I going to buy tomorrow’s hot dogs if I can’t sell any today? What am I supposed to take home to my wife and kids tonight, huh? Tell me that, huh?” The tangy odor of the mustard puddling on the sidewalk drifted across the street, and Therese’s chest tightened. Poor guy.

Can you hear the hot dog vendor’s voice? Can you smell that mustard? Can you sense Therese’s commiseration? With the exception of the added dialogue, the only difference in the second paragraph is the shifted emphasis from Therese’s senses to the sensory stimuli themselves.
Don’t feel as if you have to delete every instance of a character feeling/smelling/seeing/etc., but keep your eyes open for places where you can effortlessly strengthen your scene by figuring out if your verbs are showing or telling. More next week…

One thought on “Most Common Writing Mistakes: Are Your Verbs Showing or Telling?”