You might be writing a horror story and not even know it. Picture this: body parts scattered all over the room. We’re talking a regular massacre. But it gets worse. These aren’t just any ol’ body parts. They’re . . . aliiiiive!

What’s that, you say? Not in your story? You might be surprised. “Animate” body parts can often rear their ugly heads (pun intended) without our even quite being aware of what’s happening.

The problem occurs when we put the emphasis on our characters’ bodies, rather than the characters themselves. We give their bodies a seeming sentience and the ability to act independently of the character. In short, we associate our action verbs not with our autonomous characters, but with their dependent body parts.

Elle got into her Subaru. Her hand reached for the ignition, and her fingers wrapped themselves around her glow-in-the-dark Frankenweenie keychain. This was the last time she was ever letting Jake talk her into noodling.

His fist pounded on the passenger window. “You have to come back! This is the best way to catch catfish!”

The engine revved and drowned out his voice.

His lips kept moving. His eyes pled with her to come back.

The Problem With Animate Body Parts

What do we get out of this exchange, other than Elle’s stubborn resistance to having a catfish chew on her arm? To start with, what we don’t get is a whole lot of Elle or Jake. Their hands, fingers, fists, lips, and eyes get a whole lot more screen time than the characters themselves.

Why is this a problem? After all, it might even seem like this approach is smart, since it can present a nice variation of subjects within a scene. Instead of beginning every sentence with “Elle” or “she,” wouldn’t it be a good idea to mix things up a little?

The problem with animate body parts is two-fold:

Keeping Body Parts Where They Belong

Let’s rewrite our original scene to put the emphasis back where it belongs: on the characters.

Elle got into her Subaru. She reached for the ignition and wrapped her fingers around her glow-in-the-dark Frankenweenie keychain. This was the last time she was ever letting Jake talk her into noodling.

He pounded on the passenger window. “You have to come back! This is the best way to catch catfish!”

She revved the engine and drowned out his voice.

He kept moving his lips. His eyes pled with her to come back.

Fixing the animate-body-part problem is easy enough. All we have to do is switch around the subjects in our sentences and make sure our action verbs are being enacted by the characters themselves. The result is a punchier scene that does a much better job of showingreaders what the characters are doing.

Are There Exceptions to This Rule?

As always, you have to use your best judgment. But always be aware that these lively body parts might be sneaking into your story and turning it into an unintended horrorfest. 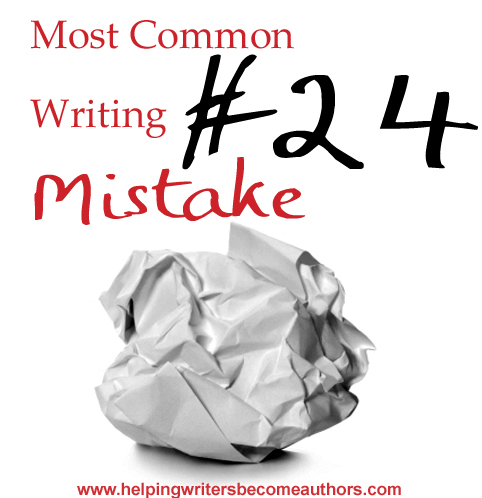