Voice. That tantalizingly nebulous word is flung around so often in writing critiques and agent demands that writers sometimes get to where we almost hate the sound of it. Every author is supposed to cultivate a unique voice. But, even more than that, we’re also supposed to create a unique character voice for every one of our players.

But how do we do that? Well, we start by creating unique character personalities—and, if we’re lucky, character voice will just flow right out of those vibrant personalities. Sounds good, all right. So let’s say you’ve created that super-duper, unique character. He’s a wise-guy kid who’s headed for the European theater in World War II. His voice is thick in your head, and his personality seems to be bubbling right out onto the page.

But beta readers aren’t getting it.

“I don’t hear his voice,” they complain. “He seems like every other character.”

This, of course, makes you want to smack your forehead against the table—or, better yet, their forehead. You have to bite your tongue until it bleeds just to keep from screaming, “Of course he’s unique! Can’t you hear his voice!”

The point, naturally, is that they can’t hear his voice. This problem may go deeper than you even want to think about: maybe that character isn’t so unique and awesome after all. But we’re going to look on the bright side: it could be due to the much simpler problem of too much telling in your narrative.

How to Recognize a Weak Character Voice

Even a strong character may end up with a weak narrative voice if you’re summarizing all his thoughts. For instance:

Eddie crept into the dark barracks. The sentry outside the camp’s gates hadn’t noticed him and his buddy Alec sneaking in after hours. They were supposed to have been back from their two days’ leave five hours ago.

Inside, everybody was snoring. Eddie heaved a sigh of relief and slapped Alec’s shoulder before tumbling into his own bunk.

The situation sounds interesting enough. But we don’t get much sense of Eddie’s thoughts or emotions upon his hasty return to his quarters. Even worse, we get no sense of his personality. In other words, his voice is weak. And boring.

I, as the author of this riveting piece, am totally in sync with what tense and possibly uproarious thoughts are going on in Eddie’s head. But since I’m obviously so intent on hoarding them, I can hardly get upset with you when you tell me Eddie’s just not popping off the page for you.

How to Fix a Weak Character Voice

This is where it gets fun. Once you understand what character voice is and how to strengthen it on the page, it raises the whole art of storytelling—and especially character creation—to a much higher pitch of enjoyment.

To fix poor Eddie’s pitiful voice, all we have to do is start showing his thoughts. In other words, we’re going to dramatize whatever it is that’s going on in his head. We’re going to see if we can show what he’s doing and what’s happening to him through the unique lens of his own perspective.

Technically, in any tight POV (including deep third-person), every word in the narrative is going to be part of your POV character’s thoughts. Take a moment to consider the running monologue that’s going on inside his head. How does he view the world and his experiences in it? If he were telling this story to a friend, instead of just “thinking” it, what words and phrases would he choose to convey his point?

With that in mind, let’s give Eddie another chance to have his say:

Eddie crept into the barracks. The whole place was black as the devil’s laundry room. Not even the lazy blink of a cigarette butt’s glow. Perfect. Pos-o-tively perfect. He looked in Alex’s direction, even though he couldn’t see him, and grinned.

The sentry outside the camp’s gates hadn’t even noticed them sneaking in after hours. How was that for military precision? And these guys were supposed to clamber into Germany and come out with Hitler’s mustache? Right. They couldn’t even figure out two of their own had been stretching their two-day passes for all they were worth.

Inside, everybody was snoring. Or maybe it was just Big Paunchie. Hard to tell, since ol’ Paunchie sounded like a Howitzer all by himself. That was perfect too. Cover noise and everything. Seemed like the whole platoon was on their side. He heaved a sigh of relief and slapped Alec’s shoulder before tumbling into his own bunk.

And, just like that, Eddie is suddenly a character and his narrative suddenly has a . . . voice.

Tell me your opinion: How do you bring your protagonist’s voice to life? 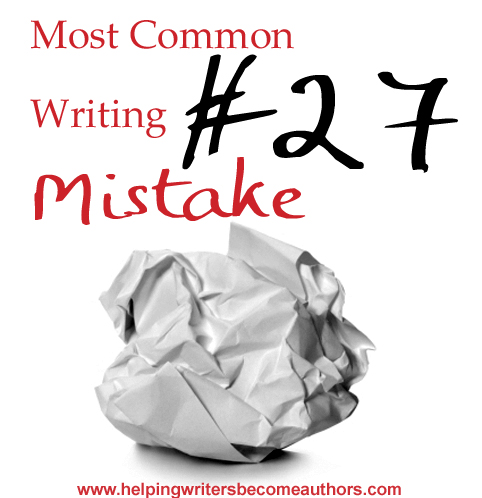 One thought on “Most Common Writing Mistakes: Weak Character Voice”