A lean, lyrical style is an art form all its own. Just ask Ernest Hemingway and Cormac McCarthy. But authors need to be aware of the difference between lean prose and choppy prose—and learn to avoid the latter.

Reading choppy prose is like driving on a washboard road. It might be ever so slightly exciting at first, but it quickly becomes irritating and exhausting. The constant jarring of incomplete thoughts and abrupt punctuation prevents readers from sinking into a story. You may be striving for simplicity, but sometimes that very lack of sophistication in sentence structure can end up confusing readers.

The root of choppy prose is almost always poor sentence construction. At the root of these bad constructions, we often find three culprits:

A run-on sentence is one in which two or more independent clauses are joined without proper conjunction (“and,” “but,” “or,” etc.) or punctuation (semi-colon). The result is a sentence that runs on and on. This might seem like it would produce an effect opposite to choppiness, but, in fact, its breathlessness hurries readers along and mutilates what might otherwise be an effective construction.

A sentence fragment is the opposite of a run-on: an incomplete clause, lacking either subject (noun) or predicate (verb). The abruptness of the missing half creates a jerky style that can make the author look uneducated and create confusion for readers.

Ariel gave up and stopped short. Cried. So unfair. Now, what would happen to her? Doomed, of course. She sat down on her suitcase. Because she had no more strength left in her legs. Maybe the next train? Or when someone took pity on her.

The semi-colon is one of the most elegant of all punctuation marks. But it’s also one of the easiest to misuse. Authors can unintentionally use semi-colons to chop their prose to bits. Most of the time, this happens when one of the clauses the semi-colon is dividing fails to be independent (in essence, becoming a fragment).

A kind man in a fedora stopped beside Ariel; to see if he could help. She sniffed; looked up. This was her lucky day after all; or maybe just miraculous.

How to Fix Your Choppy Prose

Once you’ve identified what’s hacking up your prose, the remedy is simple enough: ruthlessly excise the offenders! Separate your run-ons into correct clauses or sentences of their own, smooth out your fragments with proper punctuation, and either remove the semi-colons or build independent clauses on either side of them.

Ariel arrived at the train station only two minutes late. She ran down the platform and screamed at the train to stop. She had to get on! Finally, she gave up and stopped short. Tears welled. This was so unfair. Now, what would happen to her? She was doomed, of course. The strength melted out of her legs, and she sat down on her suitcase. Maybe the next train would leave soon? Or perhaps someone would take pity on her. A kind man in a fedora stopped beside her and asked if he could help. She sniffed and looked up. Maybe this was her lucky day after all—or maybe it was a miracle?

The prose here is still pretty lean, but now it also flows more intuitively and clarifies the scene for readers rather than confusing them with nebulous half sentences. Cleaning up your choppy prose is as easy as that!

Tell me your opinion: Do you ever struggle with choppy prose? 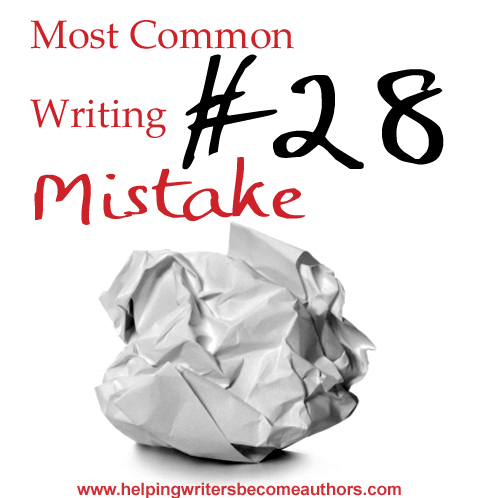