Most Common Writing Mistakes: Stories That Begin Too Early

If there’s one thing you don’t want readers saying when they pick up your book, it’s “Get to the point already!” Stories have lots of ground to cover in their openings, and authors often feel as if they have to open early enough to give readers time to gather all the essential facts before the action really heats up. But stories that begin too early often suffer from their own set of problems, including tedium, verbosity, and info dumps.

5 Problems With Stories That Begin Too Early

Stories that begin too early are problematic primarily in the fact that they’re flat-out watching-dew-dissipate-in-real-time boring. As Captain Hook says, “Skip the prologue!” Readers don’t want to know about the before-the-story story. They want to get on with the good stuff: the action, the drama, the romance. Bring it on, baby!

When you begin your story too early, you often end up with long scenes full of the following:

1. Characters getting dressed, brushing their teeth, and otherwise going through their daily routines.

2. Characters growing up into the adults they need to be for the real story to take place.

4. Characters with no goals—and therefore scenes with no conflict.

5. Characters who have no one interesting with whom to interact.

The reasons an author may accidentally begin his story too soon usually come down to three:

1. You begin your story without knowing yourself where the story really begins.

As a result, you have to meander around in your story and get to know your characters, their world, their goals, and their friends before you can figure out what’s going on. Nothing wrong with all this meandering, as long as you cut it before your readers have to slog through it.

2. You’re afraid readers will be lost without some background info.

So you pile it into these first chapters, because, after all, where else is it going to go? But readers are smart cookies. They can survive that beginning chapter with surprisingly little info. Kameron Hurley’s gritty and graphic “bugpunk” fantasy God’s War throws readers into the plot with nary an explanation of how her unusual world works. Readers have to pay attention and hang with her for a bit, but the story eventually makes all things clear.

3. You feel the need to fill in time gaps.

I once edited a book that featured an orphan boy as the protagonist. The main part of the story took place in an orphanage, but the story itself begins with the boy’s mother abandoning him, as a baby, alongside the road. The author could easily have chosen to share the intervening years in several build-up chapters before he got to the main conflict. Wisely, he realized they were boring and nonessential and cut them out, allowing readers to dive right into the heart of his story.

8 Ways to Recognize if Your Story Begins Too Early

If you’re wondering whether or not you might have opened your story too soon, ask yourself the following

2. Does your protagonist have a goal in the first scene?

3. Is that goal met by conflict?

4. Does the protagonist have another interesting and plot-crucial character with whom to interact?

5. Do you spend an inordinate amount of time introducing your character’s personal routine or discussing his past?

7. Are your beta readers bored?

8. What is the first event in your story that excites you? Is it in the first chapter?

A negative response to any one of these questions probably won’t spell doom for your opening. But if you find

yourself nodding your head over more than two or three, you might want to think about getting out your editing scissors and cutting the boring filler so you can concentrate on the real fun stuff of your story’s beginning.

Tell me your opinion: What event in your opening chapter excites you? 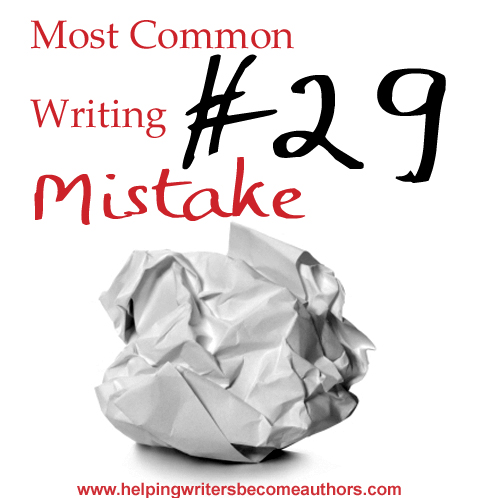