When conflict is coming at the protagonist from just one direction, the story runs a very real risk of becoming flat. Everything in the story will be focused on this one goal/obstacle. While that may be fine in a short story, it’s going to create a couple nasty little problems in longer works.

The Three Problems With One-Dimensional Conflict

When all your story’s conflict is arising from just one source (e.g., Zack’s teacher has it out for him and keeps giving him unfair grades), then your story becomes tremendously limited. Here are just three possible pitfalls that may result:

When you’ve only got one horse to beat, you can bet he’s going to end up dead pretty fast. There’s only so much we can say about any given story scenario. There are only so many ways poor Zack can try to figure out why his teacher hates him and how he can overcome that. Once we’ve covered those options, either our story ends–or we start repeating ourselves.

Subplots require their own offshoots of conflict. Whether these subplots feature the trials and tragedies of minor characters (Zack’s best friend’s trouble with his parents because he couldn’t care less about his own legitimate bad grades) or another aspect of the protagonist’s own struggle(Zack’s determination to fill the shoes of his dead valedictorian sister), they offer the opportunity to riff on the main theme and explore different aspects of the same subject. Without subplot conflict, you’ll never be able to find thematic depth.

If only one main conflict drives your story, you’ll almost inevitably end up with important linking scenes that don’t feature that particular conflict: Zack saying goodbye to his parents before school, Zack hanging with his friends after school. And because that’s your only conflict, these scenes, in fact, feature no conflict.

How to Add More Dimensions to Your Story’s Conflict

1. How can you create varying levels of conflict between your protagonist and every other character in the story?

Note, of course, the key phrase “varying levels.” You don’t want all your characters out for blood. But Zack could be getting a lot of flack from his parents over his bad grades. Or his buddy could be pressuring him to help him cheat on his own tests.

2. What are the other characters’ goals and how do they interfere with the protagonist’s goal and each other’s goals?

To be dimensional, conflict must be layered. Zack isn’t the only person with a goal, which mean he isn’t the only person meeting with obstacles and conflict. Maybe Zack’s dad wants him to get an after-school job, which will interfere with his studying. Maybe there’s a cute girl he’s crushing on who wants him to take her to the movies instead of working his job. The possibilities are endless.

3. How can all the layers of conflict drive the main plot and be thematically pertinent?

It’s not enough to simply pile on the discord. Characters can’t just be getting in each other’s way for any old reason.To create a coherent story, every layer of conflict must ultimately influence the plot and resonate within the overall theme. All of the potential conflicts I mentioned above for Zack’s story impact his main goal of getting good grades. But we could also deepen the thematic resonance by creating conflicts that explore why good grades are important (as an accomplishment in themselves? as an investment in the future? as a way to make it up to his parents that his sister died instead of him?), why authority figures sometimes let us down or don’t let us down (the teacher, Zack’s parents, Zack’s buddy’s parents), or even why priorities are important (Zack’s grades vs. the after-school job vs. the new girlfriend).

Is there such a thing as too much conflict in a story? Not really. I’ve seen very few, if any, stories that come even close to pushing that envelope. Most stories would benefit from more conflict—as long as it drives the plot and powers the theme.

Tell me your opinion: What are the different levels of conflict in your story? 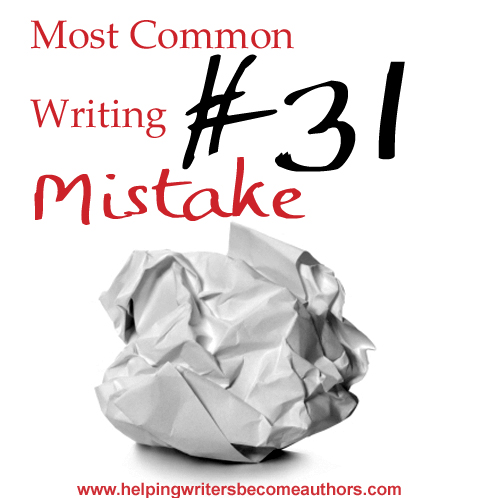