Opening lines are an art form unto themselves. They must introduce a story’s tone, the author’s wit, the plot itself, and, most importantly, a reason why this story is worth the readers’ time. Boring opening lines aren’t something an author can afford. And yet they’re harder to avoid than you might think.

The problem is that opening lines must also be entirely functional. Where do we begin our stories? At the beginning. And where do most stories begin? Rather ordinarily, with a character who has his feet on the ground and doesn’t know that ground is about to be swept out from under him. We have to open in a comparative normal world. We have to make setting, character, and stakes clear to readers. In other words, we have to be straightforward, right?

Sometimes. But your second paragraph will give you plenty of time for all that. Your first concern in writing an opening line is hooking readers. And the only way to hook them is to make them curious.

Let’s take a look at some standard types of boring opening lines and what we can do to flip them around into something fascinating.

Boring Opening Line: “It was a bright and sunny day.”

Problem: Snorezilla. Granted, this sounds like a normal world just waiting to get taken down by a tragedy. But for the time being there’s nothing interesting about it. Perfection is never interesting. At least Edward Bulwer-Lytton’s “It was a dark and stormy night” gave us some interesting atmosphere.

Better Opening Line: “It was a bright and sunny day, just the kind of day I was supposed to die in.”

Problem: This line does have a slight advantage over the previous one, since it offers a teensy hint that maybe something is out of kilter in this world. Why, after all, is the grocery store’s busyness more notable on this day than any other day? Still, with a dull opener like that, I wouldn’t be at all surprised to read on and discover there isn’t anything notable about this day.

Better Opening Line: “The grocery store was awfully busy for a ghost town.”

Problem: Good for Jenna. Bad for readers. Kids turn thirteen all the time. Why is Jenna so special? Without a hint of why Jenna or her thirteenth year are so important, readers aren’t going to be very impressed.

Problem: The only thing this opening line is making me want is a ripe strawberry. It’s certainly not making me want to read on. Readers either already know when strawberries are ripe, or they don’t care. What they care about is having their curiosity piqued, and common facts (or, worse, clichés) just aren’t very piquant.

Better Opening Line: “Around here, strawberries don’t ripen until late spring—but the Magic Wars had changed all that.”

Boring Opening Line: “Hi, Steve. You got a second?”

Problem: This is a bad way to open a fictional conversation period. As an opening, a line like this is even more abysmal. We can only hope the caller has some scintillating reason to rob Steve of his second, but, honestly, this reader is a long way from convinced.

The Key to Non-Boring Opening Lines

The opening line should be a puzzle piece that makes readers need to figure out the larger picture of which it’s a part. The opening line needs to make them curious. Why? Because curious readers are putty in your hands.

The Exception to the Rule

Now that you’re all pumped to go out and write a killer opening line, let me back you up a step by saying that maybe you don’t have to. Not all first lines are scintillating or curiosity-inducing in themselves. “John was a good dad” may be a perfectly acceptable opening line if it’s followed by a killer second line: “At least that’s what all his imaginary kids said.”

Sometimes you’re going to use an on-the-nose first line to set up the punch in your second line. But you can’t

afford to wait much longer than that to offer readers the hook. If they get past that first paragraph without needing to do a double take, they may decide to put your book down and go after those fresh strawberries instead.

Tell me your opinion: How do you avoid writing boring opening lines? 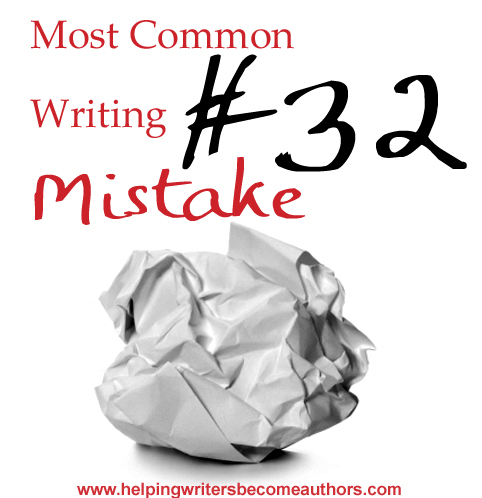