Even the simplest of stories aren’t simple. Most of them feature dozens of characters, settings, POVs, themes, conflicts–and on and on. A good story is made up of more working parts than most of us can wrap our little brains around in any one moment. Sometimes all these many working parts of the story can get away from us. By the time we reach the end of the story, we’ve forgotten half the pieces we used in the beginning. The result? Randomness! It’s hardly surprising that one of the most common writing mistakes I see is what I like to call “story sprawl.”

“Random” and “sprawling” don’t sound so bad upfront. But give these insidious little devils half a chance, and they’ll unravel your story’s cohesion in the blink of a scene. A good story is a tight story. Every component–every scene, every character, every setting, every POV, every paper-lovin’ word–needs to exist for a reason. And not just any reason. They need to fill a vacuum that can be filled by no other story component. If your story already possesses a component that could fill this particular vacuum, then why create a new component? Keep it tight.

How Random Components Will Unravel Your Story’s Cohesion

The problem with randomness in a story is that it’s seductive. None of the random elements you might add to your story are inherently bad or wrong. In fact, they might be downright brilliant!

Why not, indeed. They all sound like fascinating elements to explore. But think of it this way: 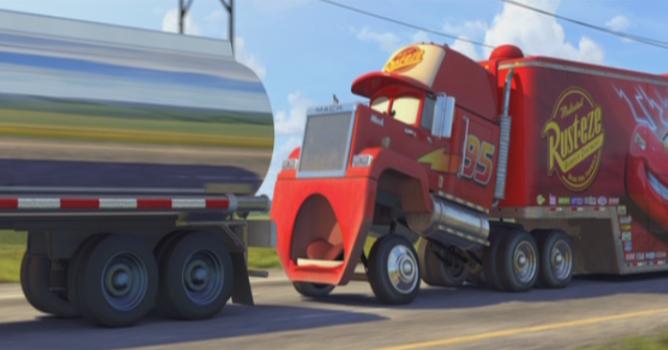 It’s kinda like a game of “Which of These Things Don’t Belong?” Just as a symphony or a painting has to be a complete and cohesive whole, same goes for the novel. All the pieces have to fit, with none left over.

But this gets trickier. Obviously, Mickey Mouse on Mt. Rushmore would be a horrible idea. But what’s that got to do with your character stopping in Delhi en route from London to Sydney? London, Delhi, and Sydney are all real-world places that logically fit within your story. There’s nothing about Delhi that makes it jump out as an obvious mismatch.

But if your character never revisits Delhi–if your character’s time in Delhi doesn’t advance the plot in a way that’s specific to Delhi–if whatever happens in Delhi could have happened just as easily in London or Sydney–then you know it needs to be examined as potentially extraneous. It’s not adding anything to the story, and, as a result, it doesn’t tie back in to the overall plot. It’s a loose thread in your otherwise seamless tapestry. It’s an extra detail your readers have to hold in mind, because they have faith it will matter in the long run. Even if they don’t consciously recognize the loose end, it will still contribute to an overall sense of fragmentation. Add enough of these random components, and your story will turn into a sprawling mess.

How to Write a Sprawlingly Random Story

Out of all the common writing mistakes we’ve discussed so far in this series, this is probably the most difficult to demonstrate, since it’s a story-wide problem. So consider the following abbreviated outline, obviously written by an author who let his story elements run wild:

1. L’s POV: Even though his father is dying at home in Sydney, Australia, Lawrence takes a job in London.

2. L’s POV: In London, Lawrence immediately clashes with his shortsighted boss who doesn’t like Lawrence’s ideas.

4. B’s POV: Billy, a clairvoyant beggar boy, watches Lawrence and Isabella walking their dogs and realizes Lawrence’s father has died. He thinks this is sad.

6. L’s POV: Wants Isabella to come home with him; she doesn’t want to; they fight; she breaks up with him.

8. L’s POV: While in Delhi, Lawrence wanders the city and, as the sun sets, decides his father wouldn’t have been mad at him for leaving when he did.

9. L’s POV: Back home, at the funeral, Lawrence has to endure his miserly uncle’s long tirade about how much money his aunt spends.

We’ll assume for the moment that this is an insanely brilliant story. Readers love Lawrence. They totally relate to him. Great book. Good job. But what immediately sticks out at you? Billy the beggar, the city of Delhi, and the miserly uncle and his long and thematically unrelated tirade (however funny) aren’t contributing enough value to make up for fragmenting our otherwise amazing story.

How to Write a Tight, Cohesive Story

This one’s relatively easy: just cut Billy, Delhi, and the miserly uncle. If you wove them in tight enough that they leave holes in your narrative (and if you did, good for you–your instincts were trying to steer you to a tight story), then you have a couple of options:

1. Fill in the Holes

Chances are you can cut Billy and the uncle without leaving too big a hole. All that’s left for you to do is smooth out the surrounding narrative to eliminate all references to them and transfer any pertinent thoughts to Lawrence’s own narrative.

2. Replace the Random Elements With Pertinent Ones

Sometimes, however, the holes are gaping. That scene in Delhi ran on for chapters, and since it featured Lawrence’s all-important epiphany about his dad, it can hardly be called unimportant. So the epiphany stays, but Delhi goes. Replace the random setting with a setting you’ve already used. Maybe Lawrence has that epiphany in the well-used London setting, before he ever boards the plane. Or maybe he has the epiphany once he returns home to the Sydney setting that frames the whole story.

3. Reuse the Random Elements Until They Become Pertinent

Let’s say you really love the beggar boy and his POV. He turned out to be one of the best parts of the book. No problem. All that’s needed to transform him from random to relevant is a larger story role. Introduce him and his POV as early as possible (maybe Lawrence meets him when he gets off the plane in Heathrow) and use him consistently throughout the story. If he repeatedly impacts the story, then he’ll never run the risk of being random.

Does This Mean You Have to Reuse All Your Story Elements?

At this point, it might seem I’m saying any major element that is used only once is a random loose end.

This will often be the case, but certainly not always. You’ll rarely be amiss if you’re able to find a way to reuse prominent elements. If nothing else, doing so helps you avoid extraneous characters and settings by prompting you to combine roles and settings, which in turn will deepen those elements. Likewise, bringing a story full circle with a framing device (e.g., Katniss both starting out and ending up in District 12) will almost always add a cohesive, finished feel to your story. 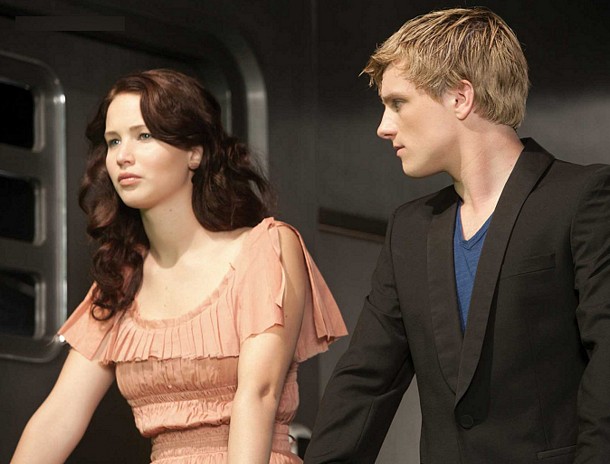 But for every story that reuses elements, we can also find examples of stories that don’t and yet still manage to avoid random sprawling. Star Wars: A New Hope is a great example. The only major setting that is reused in this story is the Death Star. The main characters go from the deserts of Tatooine, to the Jawa crawler, to the Larses’ farm, to Mos Eisley, to the Death Star, to the rebel base on Yavin IV, back to the exterior of the Death Star, then very briefly back to Yavin for the closing scene. 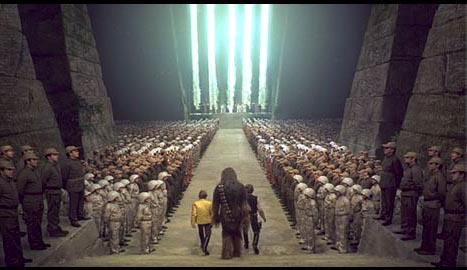 Second, every setting is appropriately foreshadowed. Before we arrive in Mos Eisley, Obi-Wan prepares us by telling us about this “hive of scum and villainy.” Yavin IV is never directly addressed, but the hunt for the “rebel base” is the foundation of the entire plot. The minor characters who show up in each of these settings are either recurring (Vader and Tarkin) or minor enough to avoid leading viewers to attribute undue importance to them.

Good stories are tight stories–even if they’re huge epics with dozens of settings and a cast of hundreds. Examine every element in your story for anything that jars, anything that leads readers to false expectations, or anything that is extraneous in light of other elements in your story. The result will be a cohesive narrative that will present readers with a stunningly efficient and beautiful overall picture. 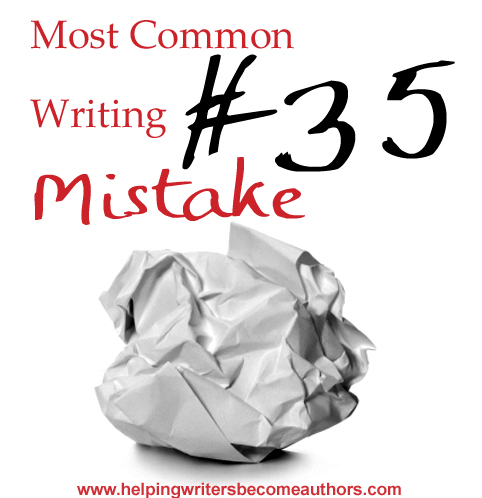