There are two different ways you can blow your story stakes–and both of them have the ability to ruin your book.

Before we dig into the pitfalls, let’s take a moment to consider just what story stakes are.

What Are Story Stakes?

Your character’s stake in your story is his personal investment in the conflict. It’s whatever he stands to lose should the game go south. The stakes are about more than just his losing his story goalshould he fail to overcome the antagonistic force. Merely losing whatever it is he’s chasing doesn’t present enough stakes: all that does is leave him in the same place he started, no better or worse.

The story stakes are the ramifications he faces just for playing the game. Simply by entering the conflict, he’s putting serious money on the table. He’s risking something important. If he loses out to the antagonist, not only will he fail to gain his story goal, he’ll be worse off than he was at the story’s beginning.

In short, the story stakes are whatever the character is risking. Usually, the easiest way to identify the stakes is simply to figure out what it is your character cares about most. This could be any number of things, including:

Once you’ve figured out your story stakes, your next job is making sure you’re not wasting them by setting them too low–or, worse, abusing them by pretending they’re higher than they actually are.

How to Bore Readers With Low Story Stakes

Whatever story you’ve chosen to tell only deserves to be told if it’s going to be the defining moment in your protagonist’s life. This needs to be the biggest, baddest, most memorable, most paradigm-shifting thing that’s ever going to happen to him (until the sequel, of course). As such, you can’t afford to tell a story in which that character essentially risks nothing. For example:

When Ig-Dwar the alien immigrates to earth from his peaceful society, the protagonist Captain Mac risks KP by going against his superiors’ orders in order to get to know this friendly alien.

What’s at stake in this story? The aliens are super-duper friendly, so there’s no risk of invasion. True enough, brave Captain Mac is bucking orders in order to learn more about his fascinating new friend. But what’s the punishment for his actions? A few lousy hours of potato peeling?

How to Annoy Readers by Pretending Your Story Stakes Are High

Obviously, your alien story is going to need a little sprucing up. So you do a little brainstorming and come up with some easy ways to increase the tension and conflict in this story.

Ig-Dwar arrives in peace to learn about the Earthlings. He and Captain Mac immediately strike up a friendship. But then Captain Mac starts worrying Ig-Dwar is going defect back to his people and betray Earth into their warmongering hands.

Bam! Just like that you’ve upped the story stakes. Now Captain Mac’s actually got some skin in the game. By hanging out with Ig-Dwar and helping him learn about humans, Captain Mac may be advancing interplanetary relations–or he may be speeding Earth on her way to destruction. No matter what he does, it seems there are going to be ramifications.

–Ig-Dwar is totally and obviously loyal. The friendly alien never does anything to initiate or bolster Captain Mac’s fears. In fact, his POV clearly shows he intends nothing but beneficence to his new human friends. Captain Mac, bless his heart, is just being paranoid.

In short, all those lovely story stakes you’ve conjured up for this story are a big, fat lie. Granted, you aren’t intending to lie to your readers. All you’re trying to do is inject a little oomph into your tale of alien-human friendship. But the whole thing is nothing but a facade that readers are going to see right through. Not only will they recognize that there’s still nothing at stake in this story, they’re also likely to start thinking Captain Mac is a neurotic idiot.

Probably not the effect you were trying for.

If your story is going to live up to its full potential, it’s going to need some real stakes to hammer home the import of its conflict. Let’s try this:

Ig-Dwar the alien arrives and makes contact. Captain Mac immediately connects with the alien, even though his superiors warn him he will be court-martialed if he continues to liaison with Ig-Dwar before the alien’s true motives can be ascertained. Turns out their precautions aren’t so dumb after all. Despite his friendly overtures, Ig-Dwar isn’t quite the innocent he seems to be. He’s really a spy on a top-secret mission to reconnoiter Earth, make friends with the humans–and then betray them to his blood-hungry people. Captain Mac suspects this just as strongly as do his superiors, but he believes the only way to stop Ig-Dwar is to make friends with him and convince him he’s a better “man” than this.

Ahhh, now we’re talking. Now we’ve got a story! So what’s at stake here? Not much, right? Just Captain Mac’s profession, freedom, reputation, and life–and, oh yeah, the fate of the entire world. He’s risking much because he believes it’s the only way to gain much.

Notice anything else? Like how maybe the stakes aren’t the only thing to improve in this new version? The characters themselves have become instantaneously more interesting simply because of the harder choices the nature of the conflict is asking them to make.

Every part of your story is going to be affected by what’s at stake–and how those stakes play out. Whenever your conflict starts flagging or your characters start meandering, the cause may very well be mediocre stakes that need tightening up. Check and double check your story stakes to make certain you’re using them to their greatest advantage. The results will always be startlingly consequential! 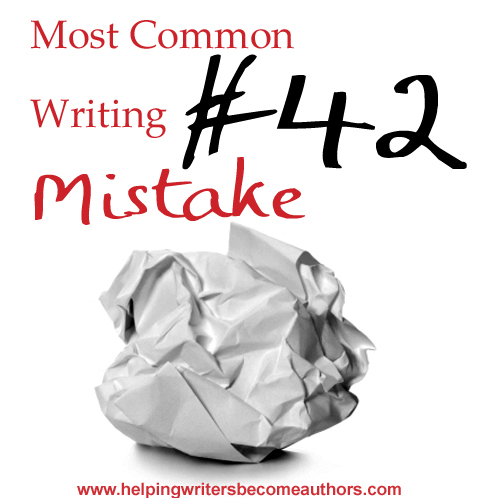