Most Common Writing Mistakes, Pt. 43: Too Many Exclamation Points!

Exclamation points! Woohoo! Yeehaw! Is there any punctuation mark that could possibly be more fun for writers to use? (Okay, so there isthe interrobang, but that’s still kinda the same difference.) Exclamation points are there to help us express our big emotions: excitement, joy, anger, passion. Naturally, we want all those big emotions in our stories, so why not use that wonderful ol’ exclamation point with liberality?

(If you intuited a big, fat because coming up, then congratulate yourself on your fine-tuned Spidey senses.)

Why not use exclamation points? Because exclamation points are the ball-peen hammers of the writing world. Wielded at just the right moment in a story, they can be brutally effective. But overuse them–or use them incorrectly–and the reader is likely to walk away from your book with a headache.

Sometimes you need to make sure you’re getting a point across to a reader. There’s a reason signs that read “Toxic Waste!” and “No Trespassing!” and “10,000 Volts!” usually end in exclamation points. The exclaimers add that extra emphasis to make sure readers get the idea this is really serious stuff!

In fiction, this kind of emphasis is usually unnecessary and even jarring to readers. A single exclamation point in a sea of periods is going to jump out at readers and perhaps even nudge them out of their immersion in your narrative. Even more telling, if you’re relying on your exclamation point to get the emphasis across, that may be a sign you’re using the exclamation point as a crutch–instead of implementing word choice and sentence rhythm to deliver the message to your discerning audience.

Lt. Ribbentrop waited outside the general’s office and fidgeted with his tie. He just had to get a promotion! This was his last chance! If he got busted back to sergeant, what he would tell his parents? They would be so disappointed in him!

Are you feeling how important this meeting is to the lieutenant? Or are you maybe just feeling a little overwhelmed?

You might also find yourself wanting to stick in an exclamation point to help indicate something you’ve written is supposed to be funny. F. Scott Fitzgerald famously said the following about exclamation points in general, but it applies particularly to humor for obvious reasons:

Consider how you tell jokes when you’re face to face with someone. After deftly delivering the punchline, do you let out a mighty, “Ha!”, slap your knee, and say, “Ba-dump-ching!”? And, if you do, how’s that working out for you?

It’s the rare joke–especially a written joke–that doesn’t benefit from subtlety. Readers enjoy being given the opportunity to comprehend a joke (and sometimes just to comprehend that it is a joke) by themselves. If the author immediately gets in their faces (“Did you see that? It was a joke! How funny was that!”), they miss the opportunity to discover the humor for themselves. That’s rarely going to be amusing.

While waiting in the hallway outside the general’s office, Lieut. Ribbentrop saw Col. McPhonzie exit the elevator. The colonel stepped right on top of a banana peel! Lieut. Ribbentrop held himself stiffly at attention and tried not to laugh. But then the colonel fell flat on his face!

Let’s assume the old banana-peel gag tickles your funny bone to begin with. Did the exclamation points make the joke funnier? Or did they just get in the way of your natural response?

Finally, you might occasionally be tempted to punctuate your epic action sequences with an exclamation point or two–just to communicate the vibrant excitement of the moment. But… you’ve probably already guessed by now: this isn’t such a good idea either.

Ultimately, this is just a variation on the “exclamation points for emphasis” idea. You’re trying to convey excitement, danger, tension, or abruptness. But in using an exclamation point, you’re forcing the emotion on the reader in a way that isn’t organic to the scene or the writing itself.

Everything that happens in an action scene will fall somewhere on the “excitement” scale. Naturally, you can’t end every sentence in that scene with an exclamation point. Sticking one in randomly only unbalances the overall equilibrium. Instead, focus on choosing vivid words (especially those action verbs) and adjusting the pacing of your sentences to guide readers to an effortless understanding of your scene’s excitement.

Before the elevator door could close behind Col. McPhonzie–and before Lt. Ribbentrop could completely swallow his laughter–a dozen men in ski masks swarmed out of the stairwell! They started spraying with their AK-47s! Lt. Ribbentrop hit the deck. Oh, no! They got the colonel!

I don’t know about you, but I’m not getting “deadly stakes and awesome action” out of this so much as I am “amateurish melodrama.”

3 Times You Should Use Exclamation Points

Just like all caps, exclamation points are always going to be the written equivalent of shouting. Therefore, sometimes it will be important or even necessary to use an exclamation point to get across the idea that your character is speaking with a raised voice. As a very general rule, exclamation points are more useful in dialogue than in narrative, but they should still be used with caution and not as a way to escape the burden of crafting text that gets the point across on its own merits.

2. To Make Fun of Your Characters

And also to make fun of yourself, your prose, or the subject of your writing in general. Audiences usually accept multiple exclamation points as a signal not to take anything that’s being said very seriously.

3. In Writing to Children

Here’s the fundamental premise of exclamation points: they’re a blunt instrument. As a result, they’re often used (consciously or unconsciously) as a way to talk down to readers. This is rarely appropriate in writing for adults; but it’s occasionally acceptable when writing for very young children.

Bobo the Bear went to visit his friend Gregory the Goose.

Before we sign off on today’s writing mistake, let’s first go over a handful of important general guidelines for actually putting exclamation points to use:

This is the mother of them all when it comes to exclamation-point rules. When in doubt, leave ’em out.

2. If You Must Use Them, Use Them at Intervals

When you do find it necessary to use exclamation points, make sure you’re not piling them all into the same paragraph, one after the other. Avoid ending more than one sentence in a row with an exclamation point. If

you’re writing a lengthy speech for your character, in which he’s basically shouting the entire thing, you don’t need to adamantly punctuate every single sentence. Instead, focus on either the first sentence (to immediately let readers know the character is shouting) or the last sentence (since most impassioned speeches necessarily build to a climax).

4. If You Must Use More Than One, Always Use Three

However, if you have good reason to use more than one (e.g., you’re excerpting the diary of your teenage protagonist), use three. Not two!! Always three!!! Don’t ask me why; it’s just prettier that way.

Wordplayers, tell me your opinion! Are you addicted to exclamation points? When do you feel it’s appropriate (and not) to use them in your fiction? Tell me in the comments! 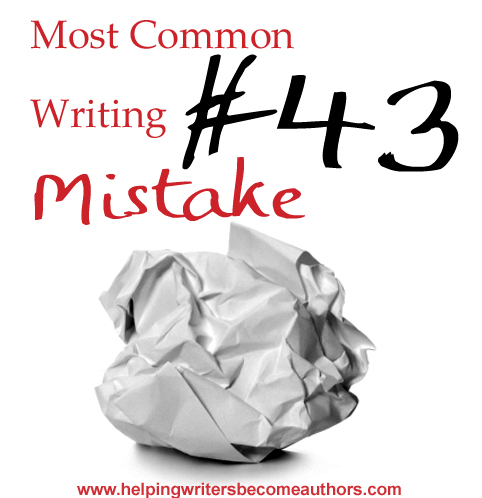