Most Common Writing Mistakes, Pt. 44: Too Many Participle Phrases

Rushing to her computer, Katie tries not to spill her coffee. She is late to write a very important forty-fourth installment in the “Most Common Writing Mistakes” series. She looks for her coaster, rooting through her desk drawers. Finally, relieved by the protection of the precious particle board of her desktop from permanent circular stains, she plops down in her desk chair, index finger fidgeting with the worn “N” button on her keyboard. But now what? She frowns in thought and, peering up at the Snoopy plush atop her computer, admits, “Gosh, Snoopy, I have no idea how to start this article.”

Fortunately, all that rushing, coaster hunting, fidgeting, and peering is the perfect intro to a post on what is, all too often, a grammatical sticky point: participle phrases–or as those of us with clumsy tongues prefer to call them: “-ing” words.

Participle phrases, in themselves, are not a writing mistake. The participle phrase is a necessary and important grammatical technique. The problem is that writers frequently end up using them incorrectly. Wordplayer Loretta Kern recently messaged me on the subject:

A friend of mine had an editor friend critique some of her work, and the feedback confused both me and my friend…. The debate is over “-ing” words. To use or not use??? Editor says do not but we thought that it evoked the sense of action.

This is a fair question. When are participle phrases acceptable–and when are they not? Are they the best technique to evoke a sense of action? Will using them make your book unacceptable to agents and editors? Let’s find out!

The Participle Phrase: What Is It?

The participial phrase is always used as an adjective phrase to modify a noun or pronoun. It includes the participle together with its modifiers, objects, or predicate words

In the opening paragraph of this post, the following are participle phrases:

(Note that not all of these phrases actually end in “-ing.” Participle phrases come in both present- and past-tense varieties.)

Participle phrases have the ability to keep our prose running along at breakneck speed. That’s (usually) a good thing. What’s not so good is that sometimes the participle phrase can create an illogical, and even downright confusing, progression of events.

Grabbing her phone, Josie heads out of the house.

Josie careens out of the driveway, scattering gravel behind her tires.

Scared of the cop she passed, Josie slows down.

She can grab her phone as she’s walking out of the house.

She can scatter gravel as she’s careening.

She’s very likely to be slowing down as she’s experiencing fear of the cop.

Tying her shoe, Josie heads out of the house.

Josie hits the accelerator, gravel scattering behind her tires.

Relieved to have escaped notice, Josie passes the cop.

These sentences, however, have Josie performing feats of impossibility and are good examples of why we need to be wary of participle phrases.

Unless she’s hopping on one foot, she’s not likely to be tying her shoe as she’s heading out of the house. She can’t do both all at the same time. First, she ties her shoe, thenshe leaves the house. They’re two distinct actions, which means they need to be connected by a conjunction.

Likewise, gravel can’t scatter behind her tires until she hits the accelerator. First, she accelerates, then she scatters gravel.

And there’s no way, she can know she’s escaped the cop’s notice until after she’s passed him. First, she passes him, then she experiences relief.

These sentences might all be more logically written as follows:

Josie ties her shoe, then heads out of the house.

Josie hits the accelerator, and gravel scatters behind her tires.

Josie passes the cop and is relieved to have escaped notice.

Should You Avoid the Participle Phrase Even When It’s Not Technically Wrong?

Sometimes, the disruption of linearity  caused by incorrect participle phrases is very noticeable, as it is when Josie tries to tie her shoe and walk out of the house all at the same time. But sometimes the disruption is subtler: there is only going to be a split second’s difference between the cause of Josie’s hitting her accelerator and the effect of the gravel scattering behind her tires.

Sometimes for the sake of your story’s pacing, it’s worth bending the rule of cause-and-effect just a little bit.

But more often than not, it’s worthwhile to put some distance between yourself and participle phrases even when they’re not technically incorrect.

The restrictions of concurrency aside, participle phrases don’t tend to convey the same one-two punch you’ll get by connecting your sentence’s two actions with a conjunction. Again, the effect here can be very subtle, but it’s powerful. Which is punchier?

Hitting the thug in the face with her purse, Josie reached for her phone.

Josie hit the thug in the face with her purse and reached for her phone.

The former gives you a smooth, almost elastic, flow of action. Even assuming Josie is performing both actions at once, the second version gives you a rat-a-tat of forward motion. This is even more important when the cause and the effect are both present in the same sentence:

As the thug was grabbing for her purse, Josie hit him in the face.

The thug grabbed for her purse. Josie hit him in the face.

Pow pow! Pacing your sentences in this way also creates a stronger sense of showing readers what is happening in real time, rather then telling them about events.

Except for those instances in which you’re wanting to create the effect of simultaneity, your prose will usually be stronger without the “-ing words.” A linear flow of actions has the potential to create a more vibrant impression than does the indication of concurrent action found in a participle phrase. Once you understand the function of the participle phrase–as well as its strengths and weaknesses–you’ll be much better equipped to use it (or not use it) to its full advantage in your writing. Even Snoopy agrees on that!

Wordplayers, tell me your opinion! Are you aware of how you use participle phrases in your writing? Tell me in the comments! 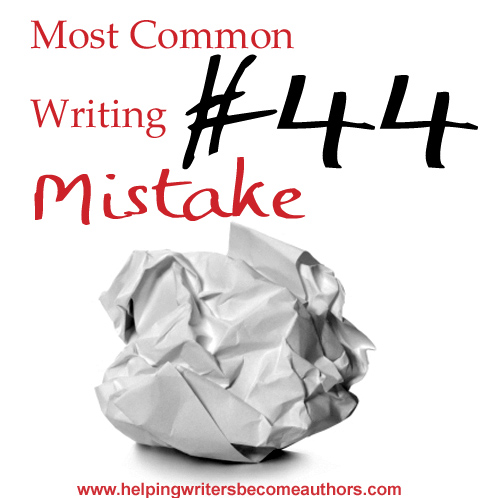